Ever wanted a really small and cheap projector that can fit in your pocket? Here’s a quick project to make a Raspberry Pi Zero W based pocket projector.

If you saw one of my previous mailbag videos, you would have seen me un-box a DLP2000 evaluation module from Texas Instruments.

This uses the DLP2000 Digital Micro-mirror Device, which does pretty much what the acronym says.Thousands of tiny mirrors are placed on the surface of a silicon wafer and can be adjusted from plus 10 to minus 12 degrees, allowing light to be fully reflected out through the lens or directed into a heat-sink.Brightness levels are controlled by Pulse Width Modulating the state of the mirror between on and off. These mirrors can be moved extremely fast, which is important because of the way colour is produced.

The DMD will continuously alternate a red, green and blue colour filter in front of the light source and the mirrors will be moved to adjust the intensity of each colour. Either on, off or somewhere in-between using PWM.

So, there are, of course, pros and cons with this method.

One of the pros is that it’s a relatively cheap way of making a projector. Cheaper than traditional LCD methods.

And since there’s no light loss due to polarization filters as you find in LCD projectors, you can get away with a much smaller light source.

The downside is that the resolution isn’t scalable.

However, for the price it does a pretty decent job.

For another explanation of how DMDs work, then check out the excellent video from Applied Science.

Wiring up a Pi

The evaluation board will set you back US$99, but unfortunately is only designed for the BeagleBone. You can use other SBCs, such as a Raspberry Pi, but you’ll have to resort to a big ol' mess of wires.

First I’ll show you how to connect up a Raspberry Pi to the DLP2000, then I’ll give you a much better option.

Wiring it all up is straightforward… Ahem…

Once you have it in this state apply power to the Pi, which will also power the DLP2000. I’m assuming you have a running Pi already. If you don’t, then check out my Pi setup videos.

Once booted, login to your Pi and you’ll need to edit two files.

The first is the /boot/config.txt file. Add the following to the end.

What this does, is to change the I2C interface to other pins so that they don’t clash with the LCD GPIOs, which are configured using the DPI18 Device Tree overlay. The rest of the lines are options specific to this particular display.

Next you need to edit /etc/rc.local and add these lines.

This will configure the DLP2000 to use the Raspberry Pi GPIO lines for the display instead of the default splash screen.

If you haven’t already enabled I2C on your Pi, you can run raspi-config to do this.

Then reboot the Pi and you’re done! Easy!

Except for the big ol' mess of wires…

Fortunately, JLCPCB Man came to the rescue and you can completely ditch this rats nest of wires by picking up a Raspberry Pi Zero W adapter board on Tindie.

Revision 1 of the PiProjector is a plain header to header adaptor, so nothing fancy at this stage. In a later revision, I’ll be adding LiPo battery support and other features, depending on demand. The Pi Zero W is mounted onto the PCB by directly soldering or by header.

I’ve added two large ground planes to make the display output rock solid, but also provided a void so that the WiFi signal isn’t attenuated.The Pi Zero W can be mounted either underneath the PCB, or on top

and the PCB can be mounted either on top of the projector,

or underneath.Whichever way you mount it, just make sure the micro-USB power connector is lined up with the DC jack on the projector.The smallest footprint will be this configuration.

When mounting it this way, you’ll need two 2x23 female headers and one 2x20 male header. Solder these up to the PiProjector board.

Next grab your Pi and place it face down on the PCB. The plastic spacer on the header will provide enough space so the Pi will lie parallel to the PCB.

Then solder this up. To keep the board flat, you can solder one pin while holding the Pi and then let it cool down. Then solder up the rest.

Then there’s one more thing to do.

Unfortunately, the TI guys didn’t bother to connect up the 5v power lines on their board and left it empty. So, I provided this connection on my PCB so that a simple jumper will do the job. If you don’t like the jumper, you could always solder this up on the DLP2000 PCB.

Next add power. You can use either the DC jack or microUSB port for this.And there you have it! A decent little portable display. Visible even under my studio lights, but better in a darkened room.

If you want to play a video, then you can use the Pi’s optimized video player for this and for sound you can use a Bluetooth receiver. In a later revision of my PCB I’ll also add in a simple audio amplifier to power some small speakers.

If you really do want to mount the PCB on top of the projector with the Pi Zero W underneath the PCB, make sure to get extra long male header pins. The ones I had on hand were just a little short for this unfortunately.

If you can’t find any, then you could always treat the Raspberry Pi as a module and directly solder. This method requires a bit of skill, but it’s workable.

First, add some insulation tape to the bottom of the PCB. It’s not really required, but more of a “just in case”.

Then line up the pins as best you can. You can use a header temporarily for this. Then solder the first point down.It’s important to make sure that both PCBs are as close as possible to each other. Any gap and you won’t have a proper solder joint.

Then go along and solder the rest of the vias. Turn it over and solder on the other side to make sure there’s a solid solder joint.

It’s not really a recommended way of doing it, but just another option.

OK. So what sort of power pack should you use to power this thing?

I attached it to my desk power supply with an inline power monitor to see what current draw there was.

When booting up and sitting idle it drew a max of 673mA with an average of 373mA. Pretty decent, considering the specs both TI and Raspberry Pi suggest for their power packs.

On the other hand, while playing a video there was a max of 609mA with an average of around 470mA.So, the next revision I’ll be definitely adding in LiPo power.

So, that’s about it. Don’t forget you can pick up this adaptor board from Tindie.

Already a supporter? LOGIN here via the MickMake Forums. 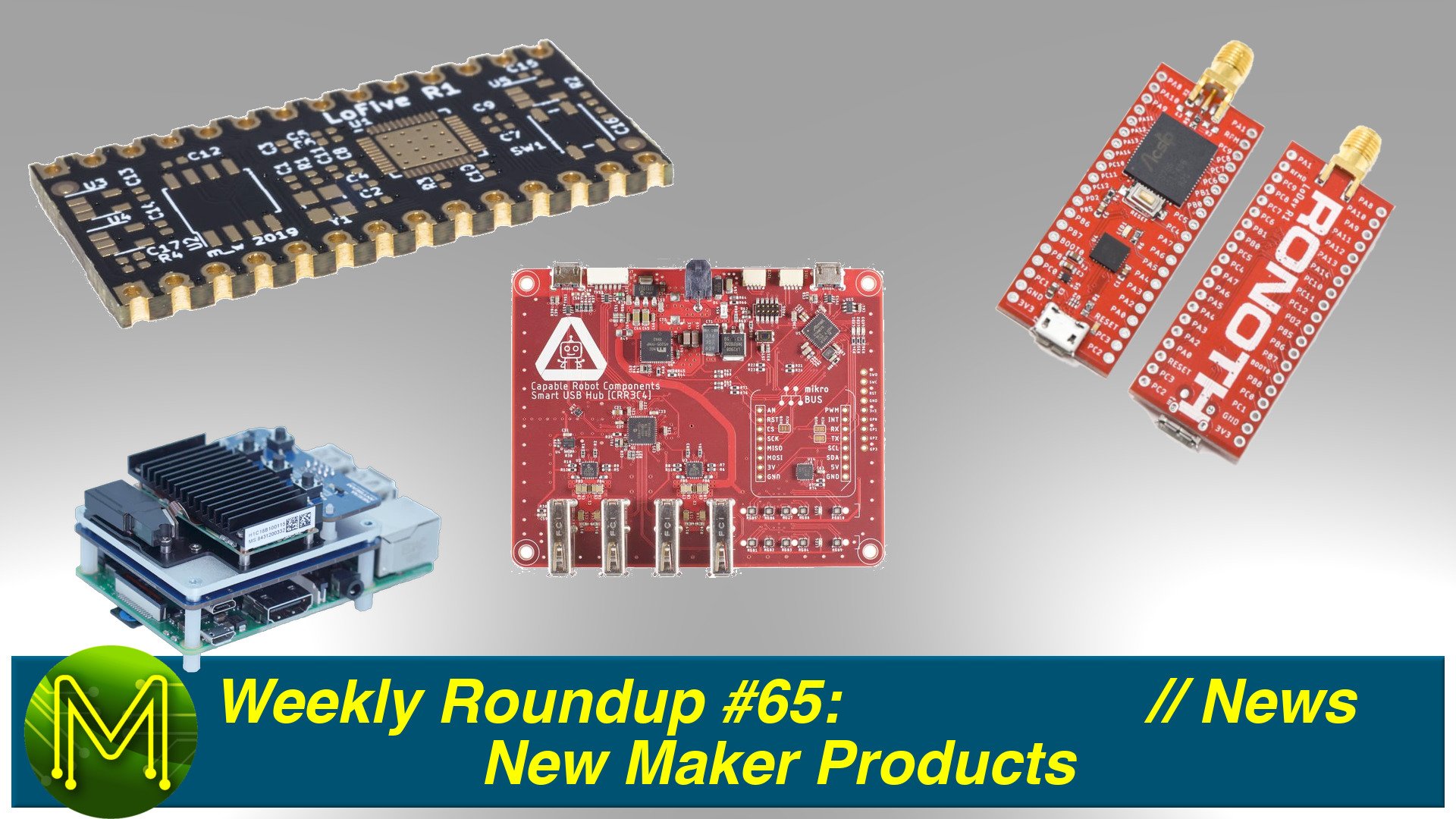 Weekly Roundup #65 - New Maker Products - News
So, this week’s Roundup Of Maker Products is a bit different. Instead of scripting it all, I’m just going to wing it and see how it turns out. Should be interesting. 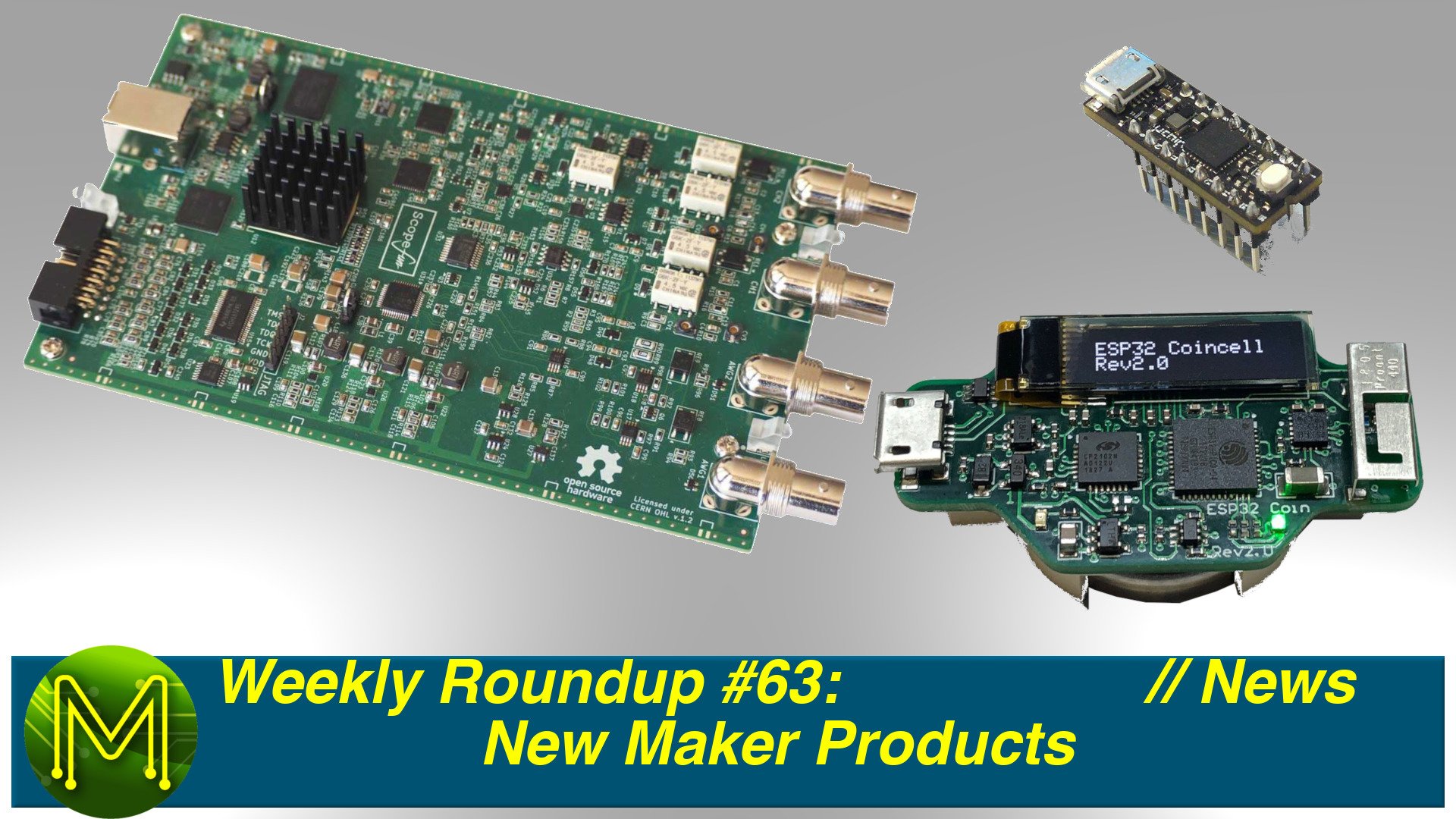 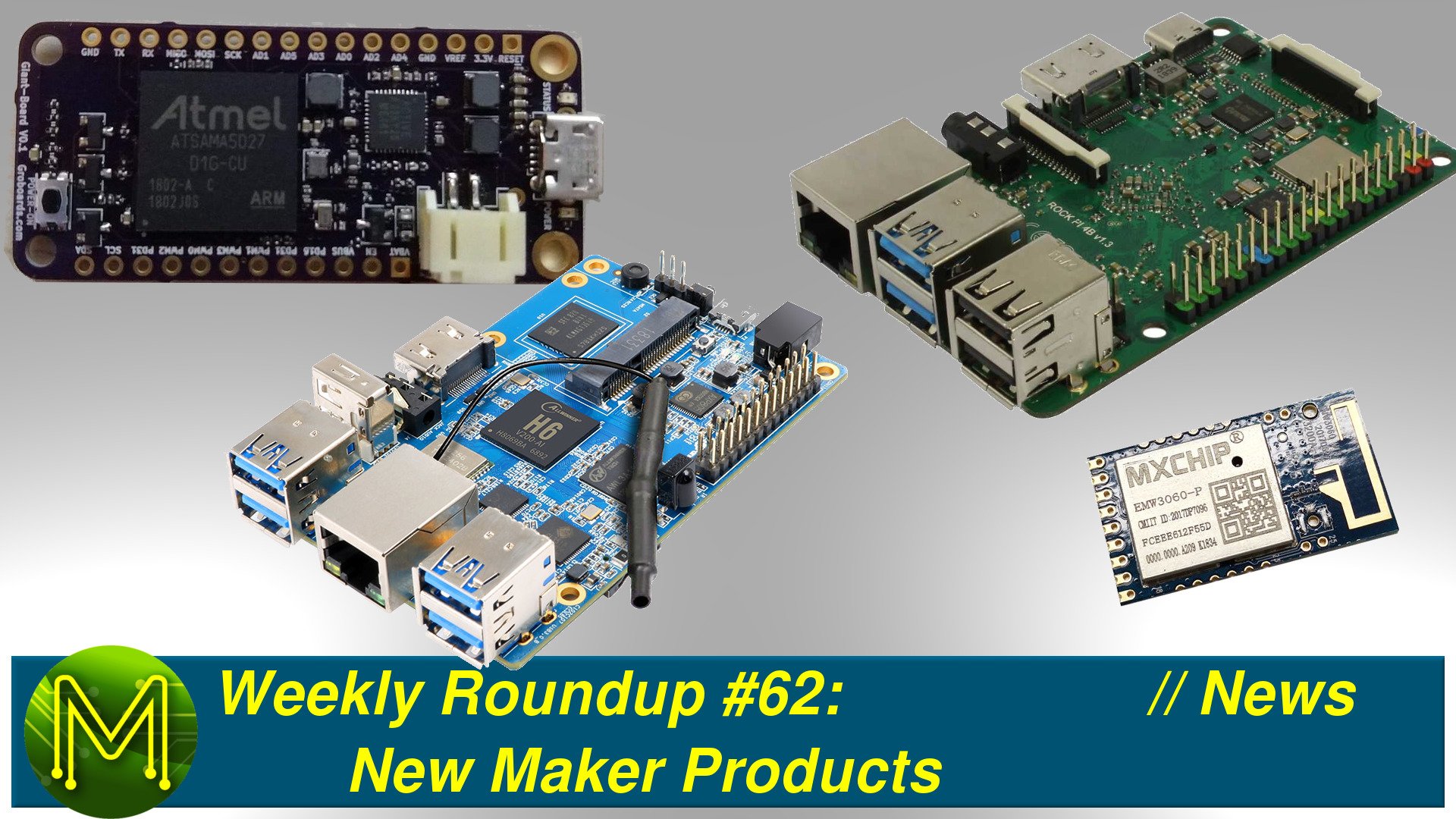 Weekly Roundup #62: New Maker Products // News
Aaaaand back in 3. 2. 1. The first Weekly Roundup of the year and we’re already seeing some really cool things happening in the SBC space. Oh and there’s also some other cool things.

Building an IMSAI 8080 replica - ultimate retro computing.
The IMSAI8080 was a pretty special machine, mainly because it was considered the very first “clone” computer, being sold in kit form in the mid 70s. This is the buildout of one of the better IMSAI8080 clones around. 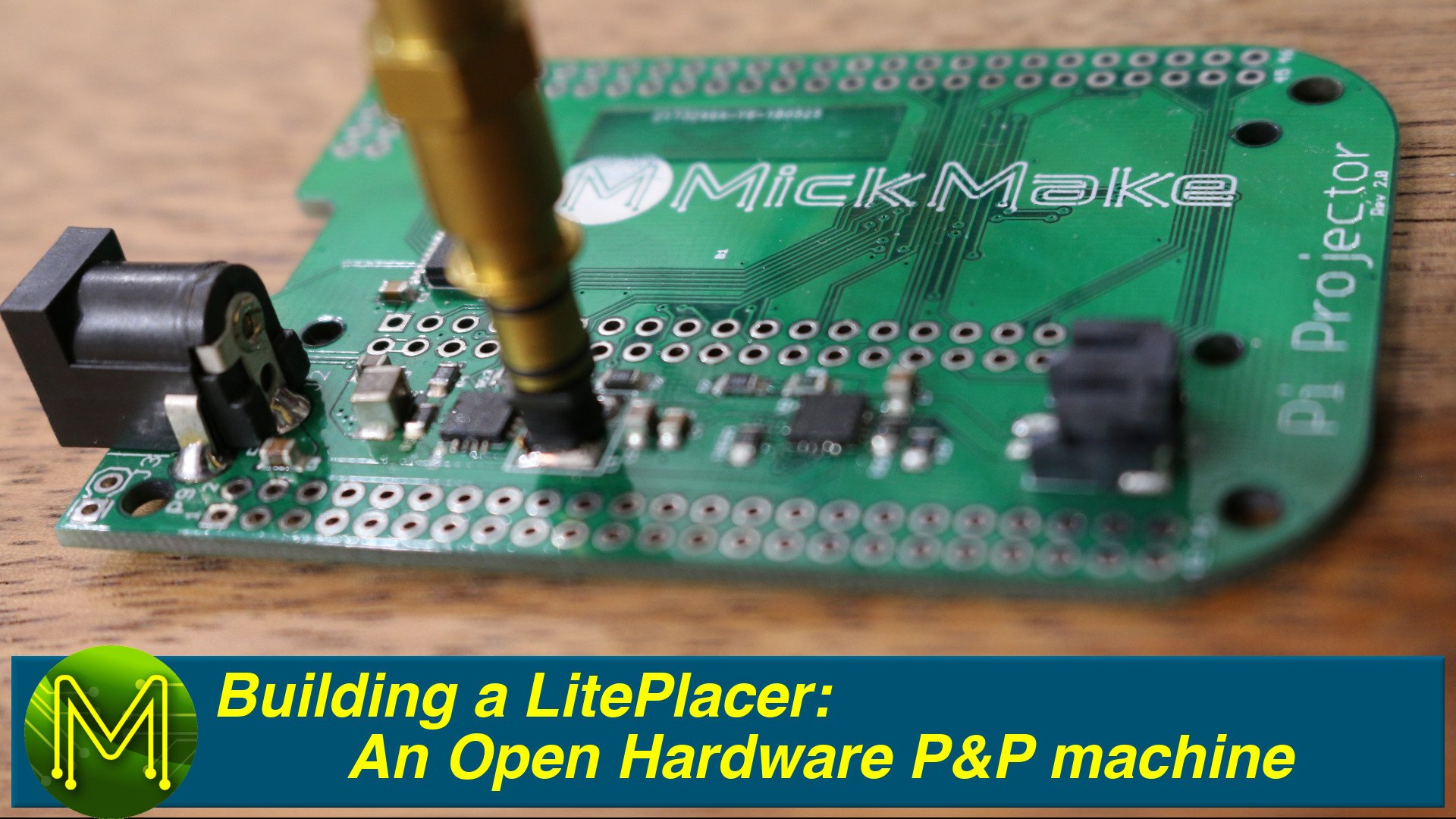 Building a LitePlacer: An Open Hardware pick and place machine - Review
At some point in your Maker career you will inevitably get to the point where you want to make a bunch of PCBs but doing them by hand is tedious and prone to error. This is where the LitePlacer comes in. 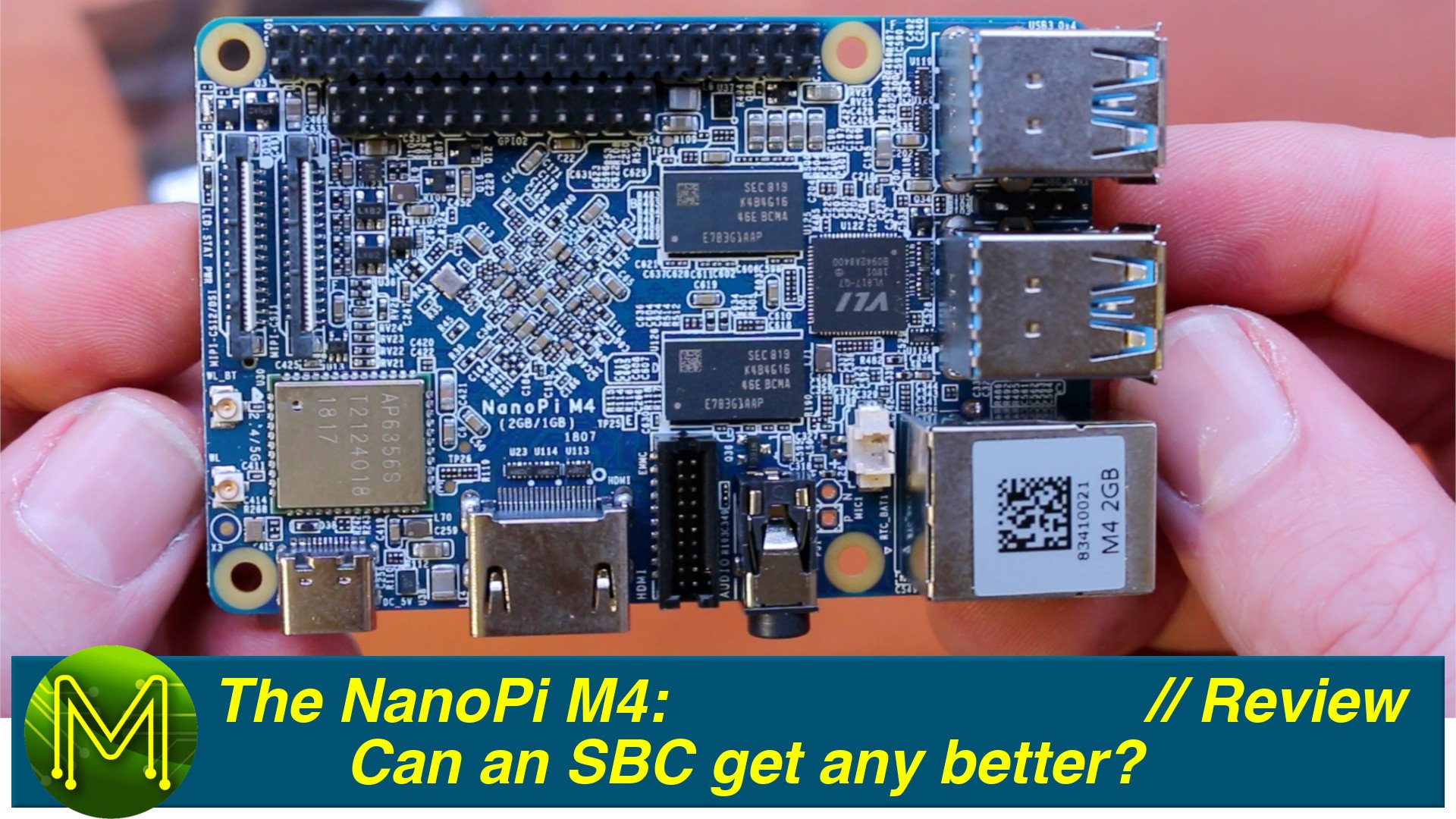 Nano Pi M4: Can an SBC get any better? - Review
The NanoPi M4 has been around for some time now. However, this is one SBC that I hadn’t gotten around to reviewing. So, what makes this board so special? Let’s find out. 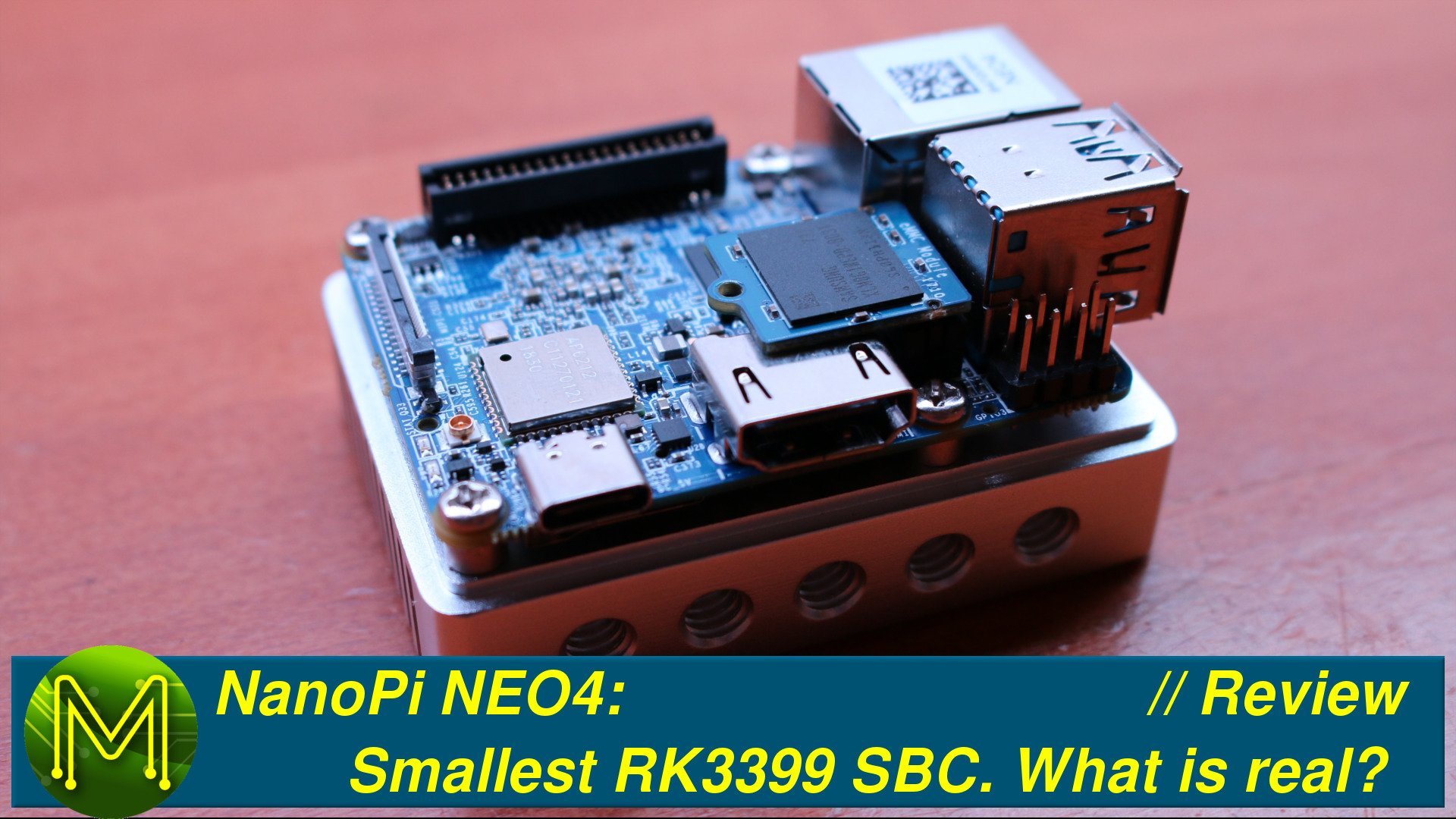 NanoPi NEO4: Smallest RK3399 SBC. What is real, NEO? // Review
The NanoPi NEO4 is probably the smallest RK3399 based SBC on the market currently. Does it have enough to take on the competition? Find out in this video. 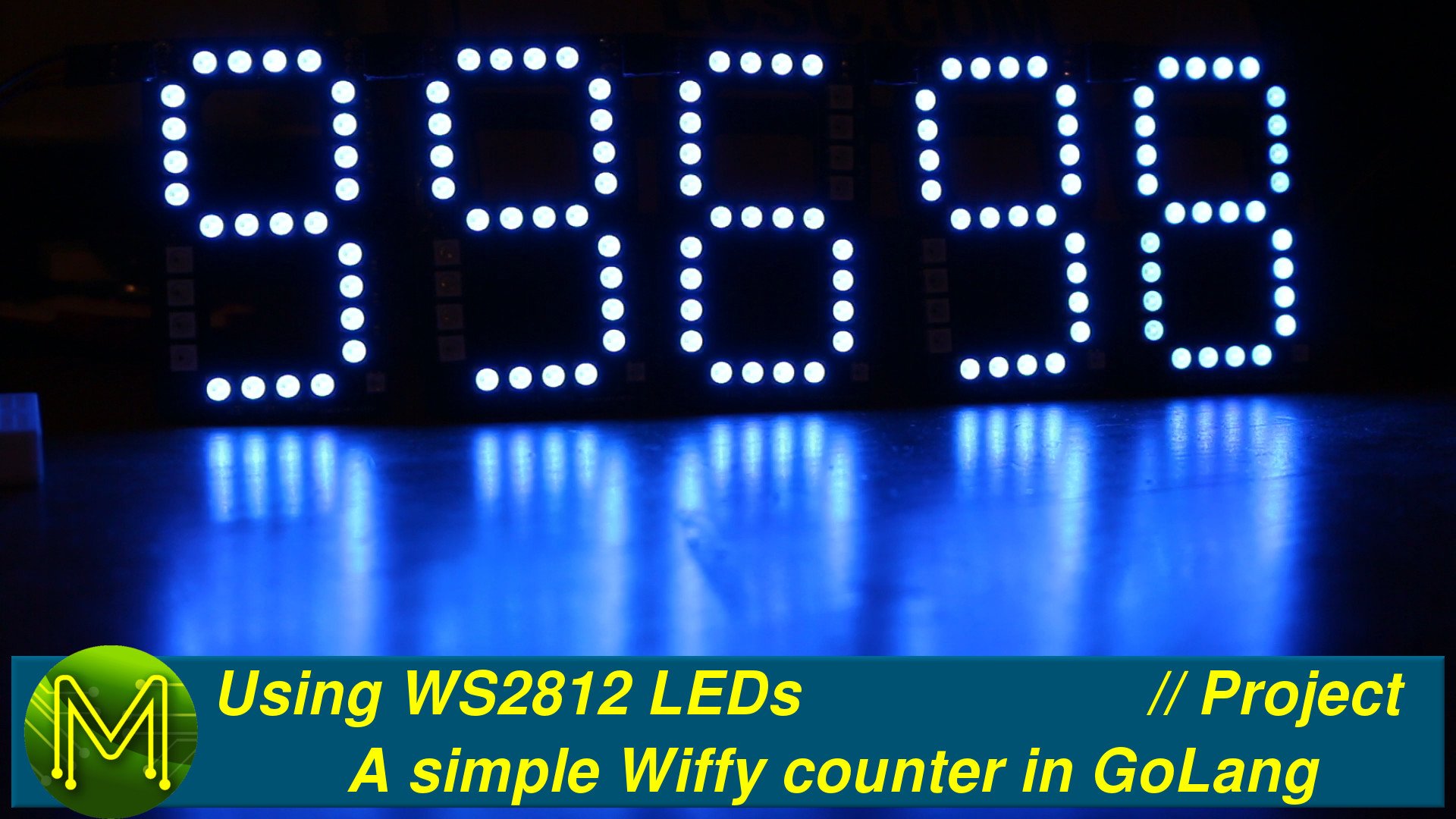 How to use WS2812 LEDs - A simple Wiffy counter in GoLang - Project
The WS2812 RGB LED is a pretty popular device that’s been around for a long time. In this video I’ll cover what they are, how to drive them from 3.3v logic and even throw in a simple GoLang library to control them from a Raspberry Pi which will display a count of wiffies! What more could you ask for? 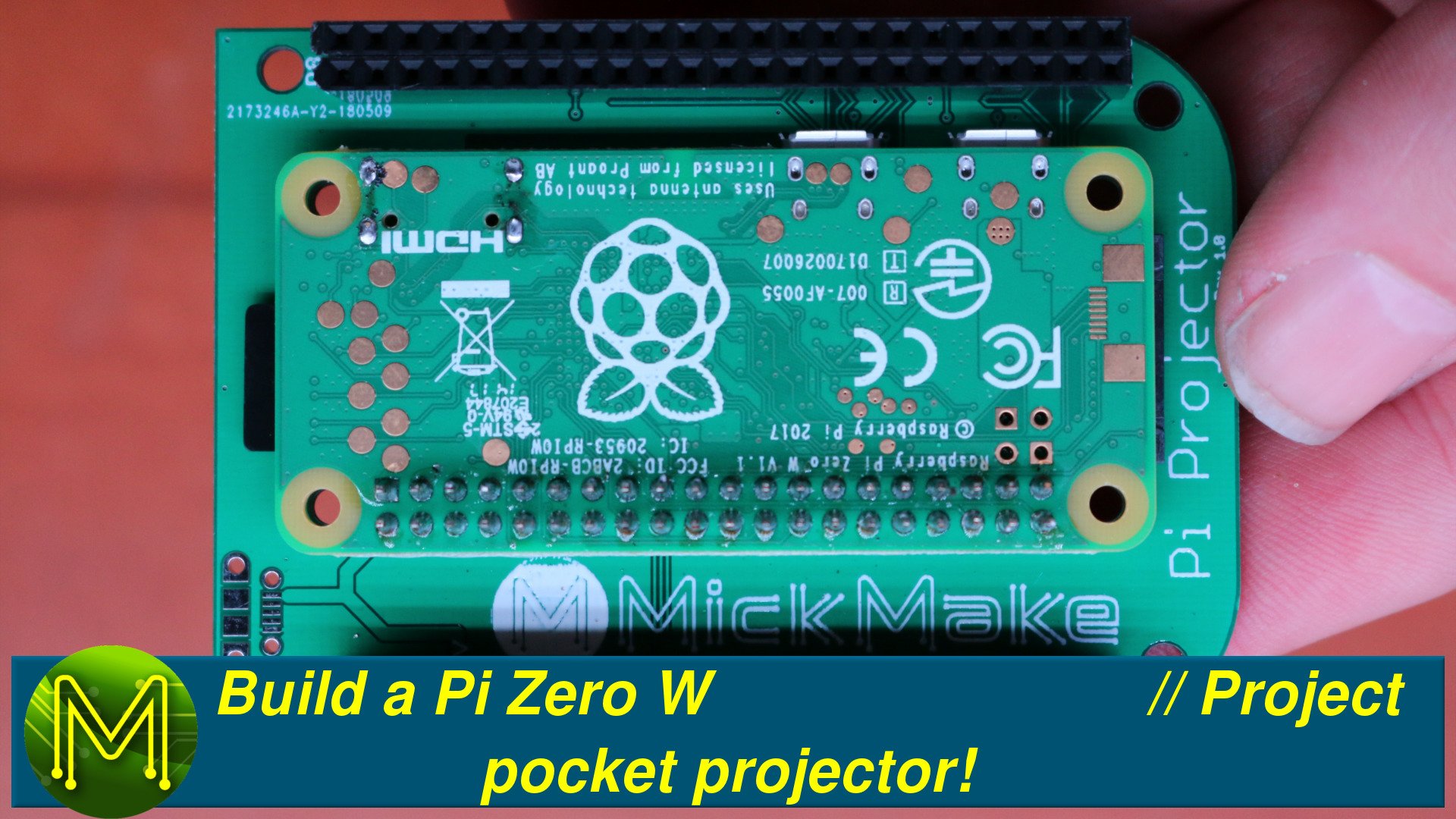 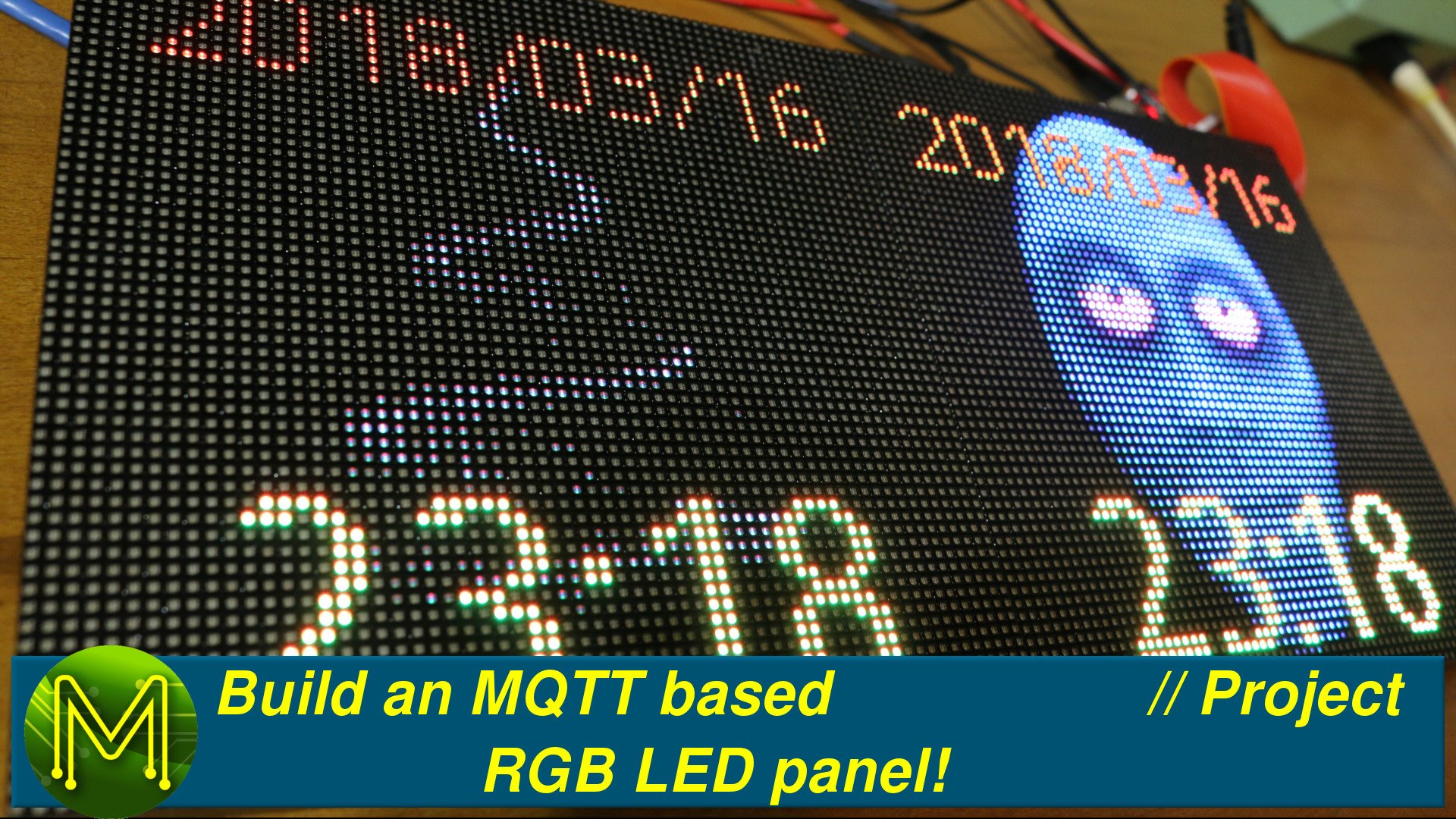 Build an MQTT based RGB LED panel! // Project
This quick project shows you how to build an MQTT controlled RGB LED matrix panel in under 30 minutes, but I reckon it should take you a lot less. 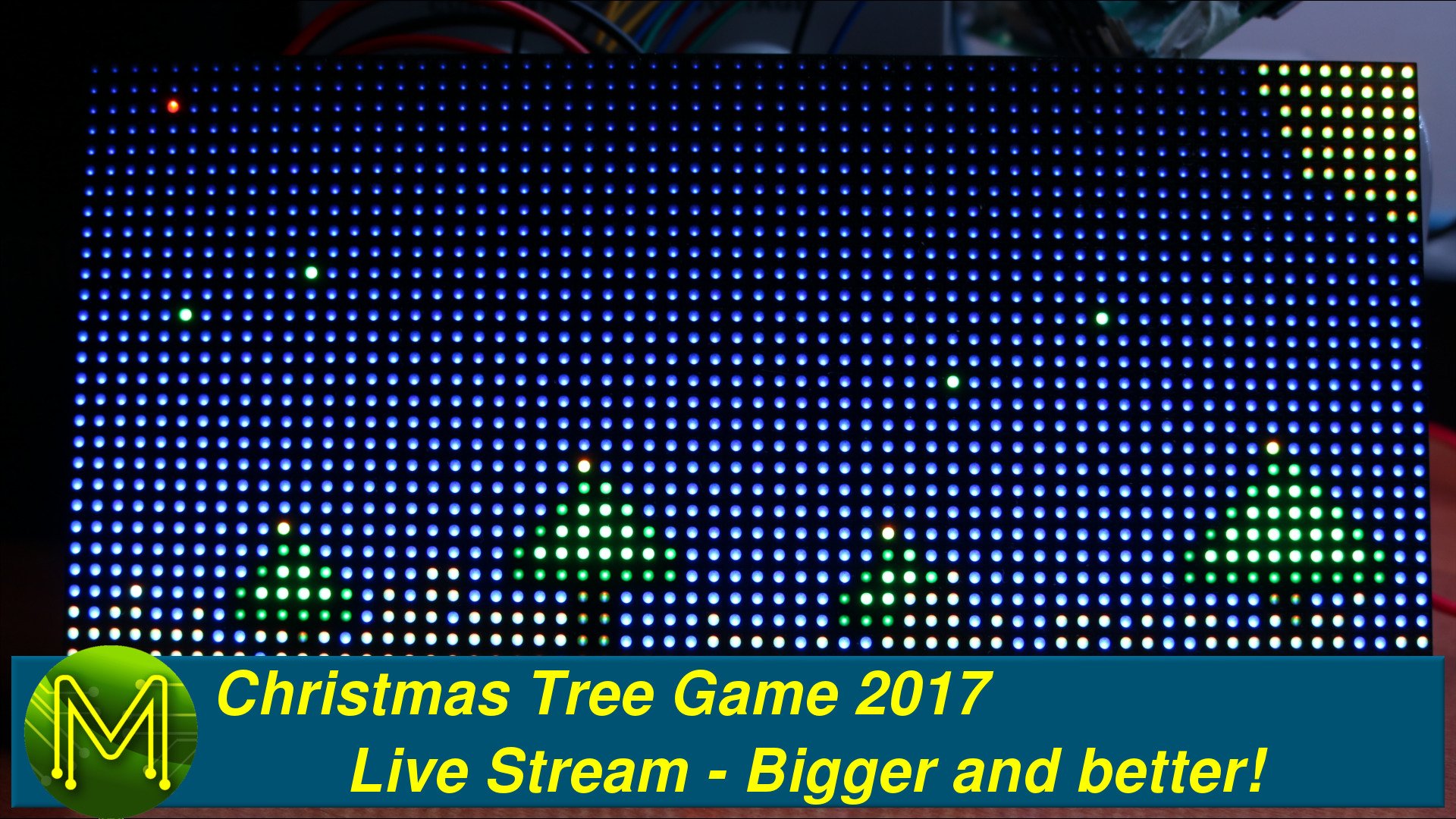 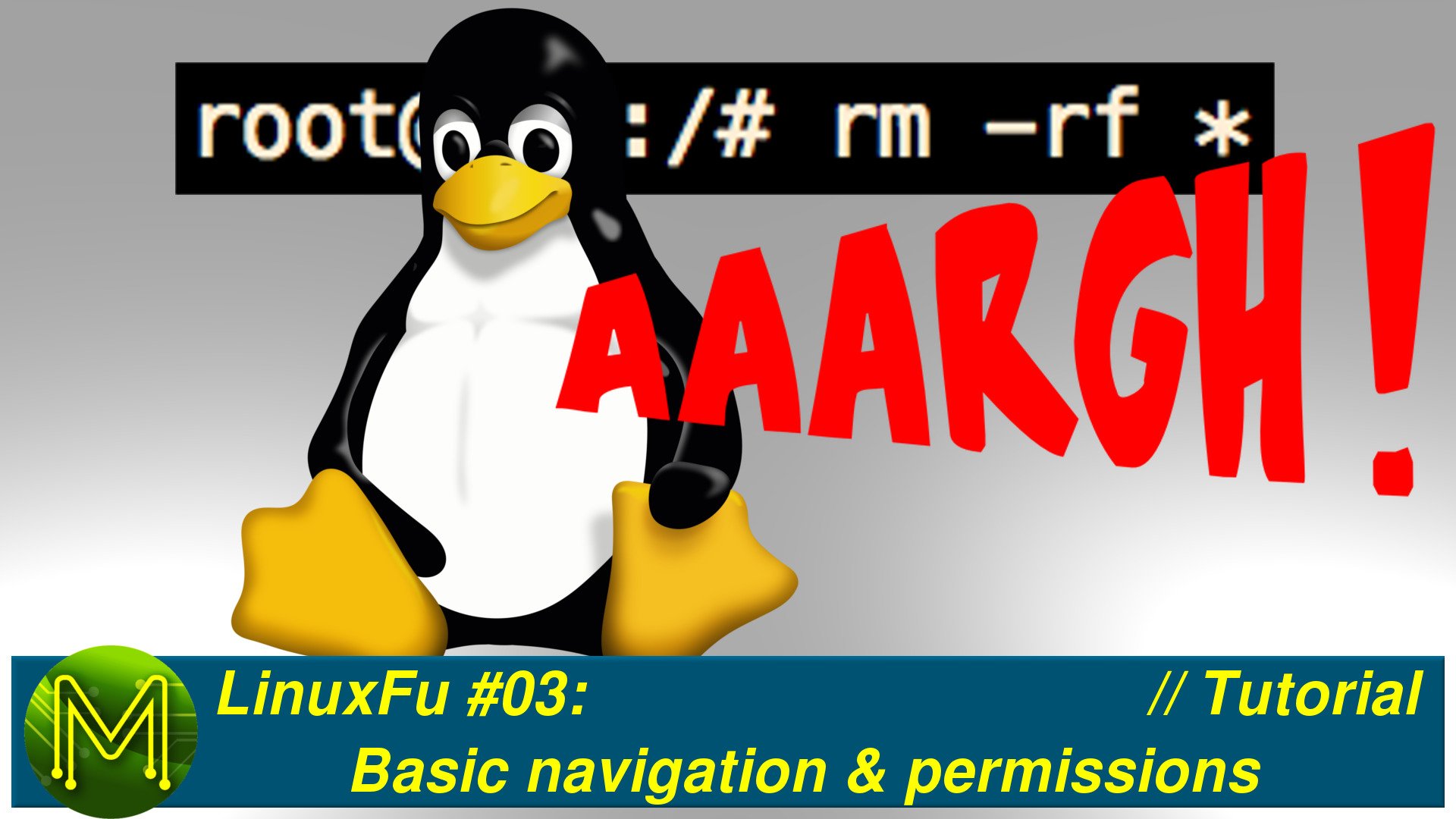 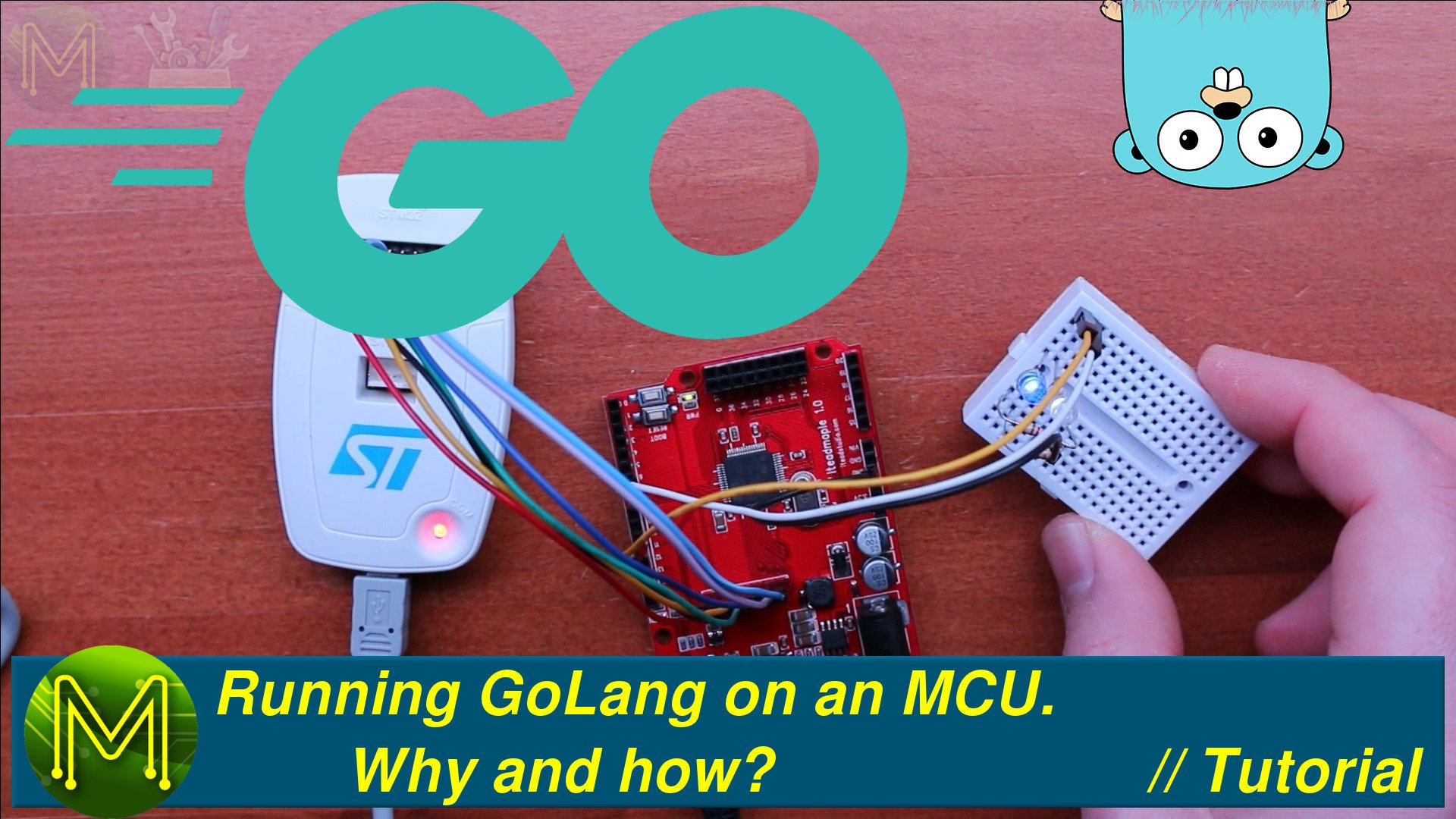 Running GoLang on an STM32 MCU. A quick tutorial.
If you’re a fan of GoLang then your options are limited in the embedded world. So, here’s a couple of options for you with a working bare metal example for an STM32 MCU written entirely in Go. 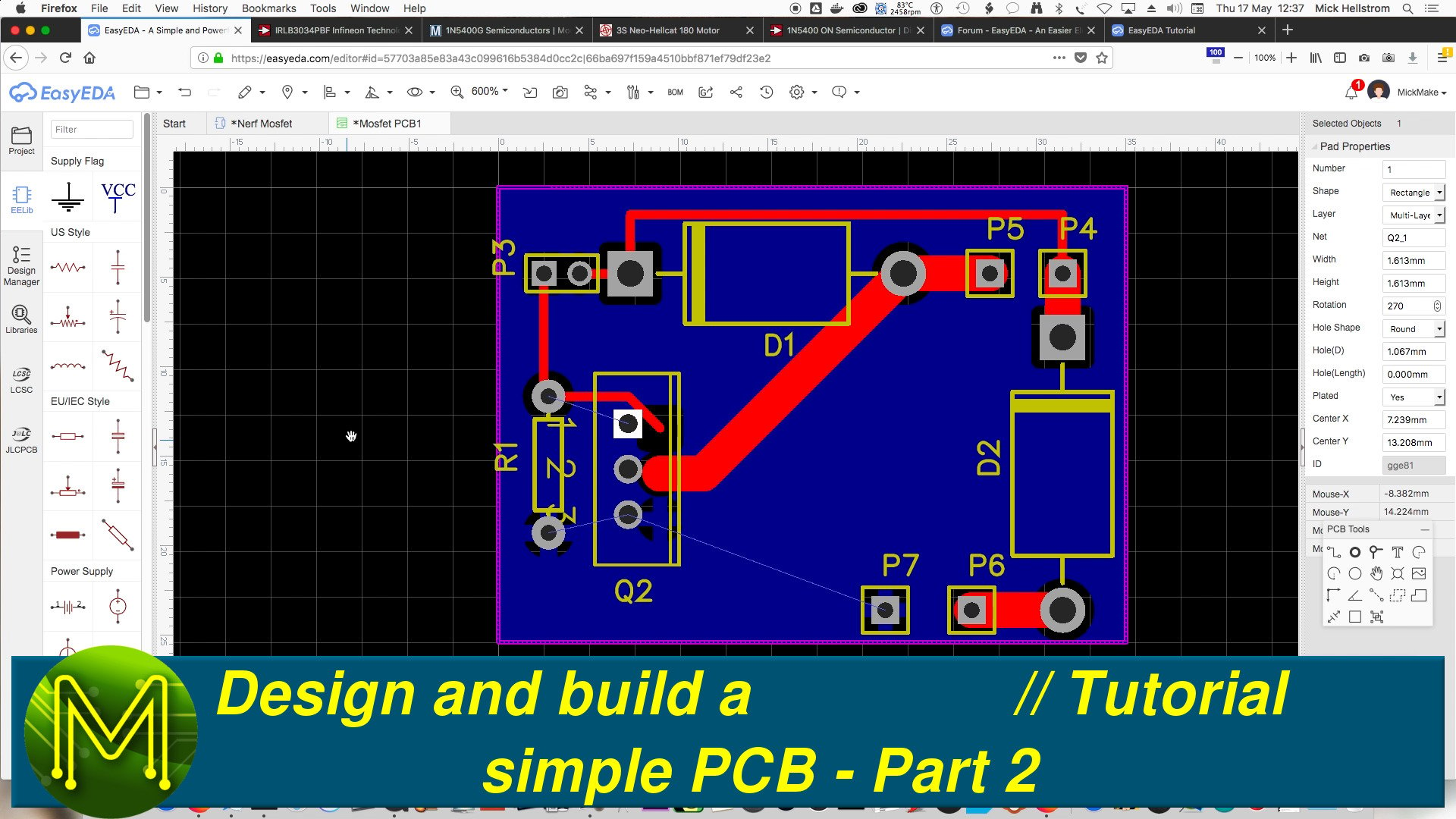 MickMake Mail #47: Khadas VIM3, Leez P710, EraSynth.
After a bit of a break, the MickMake channel is back in action for 2020. Hindsight is great and clearly, I have a vision for 2020 that includes resolutions like 1080p Kicking off the year with a mailbag! 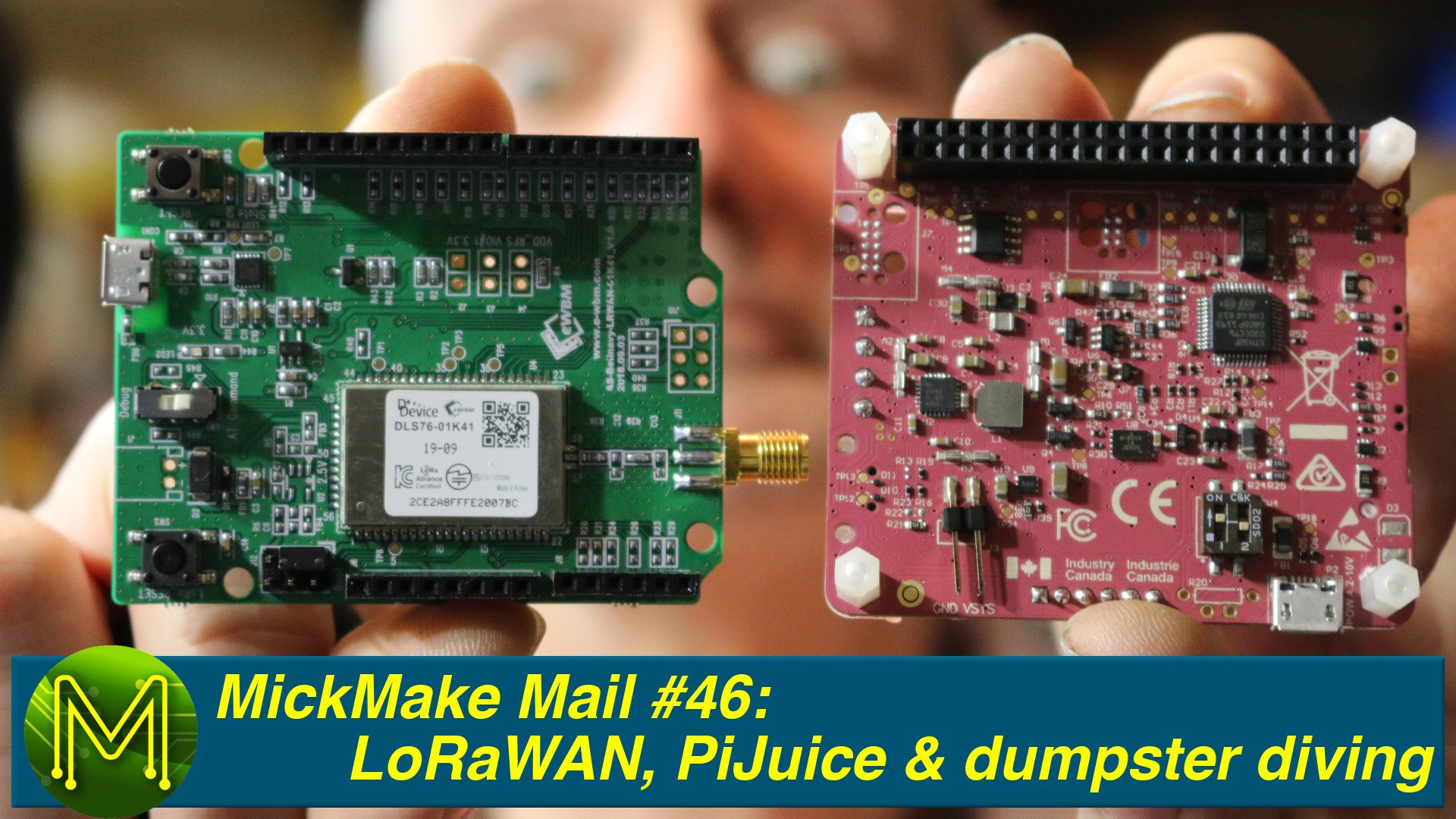 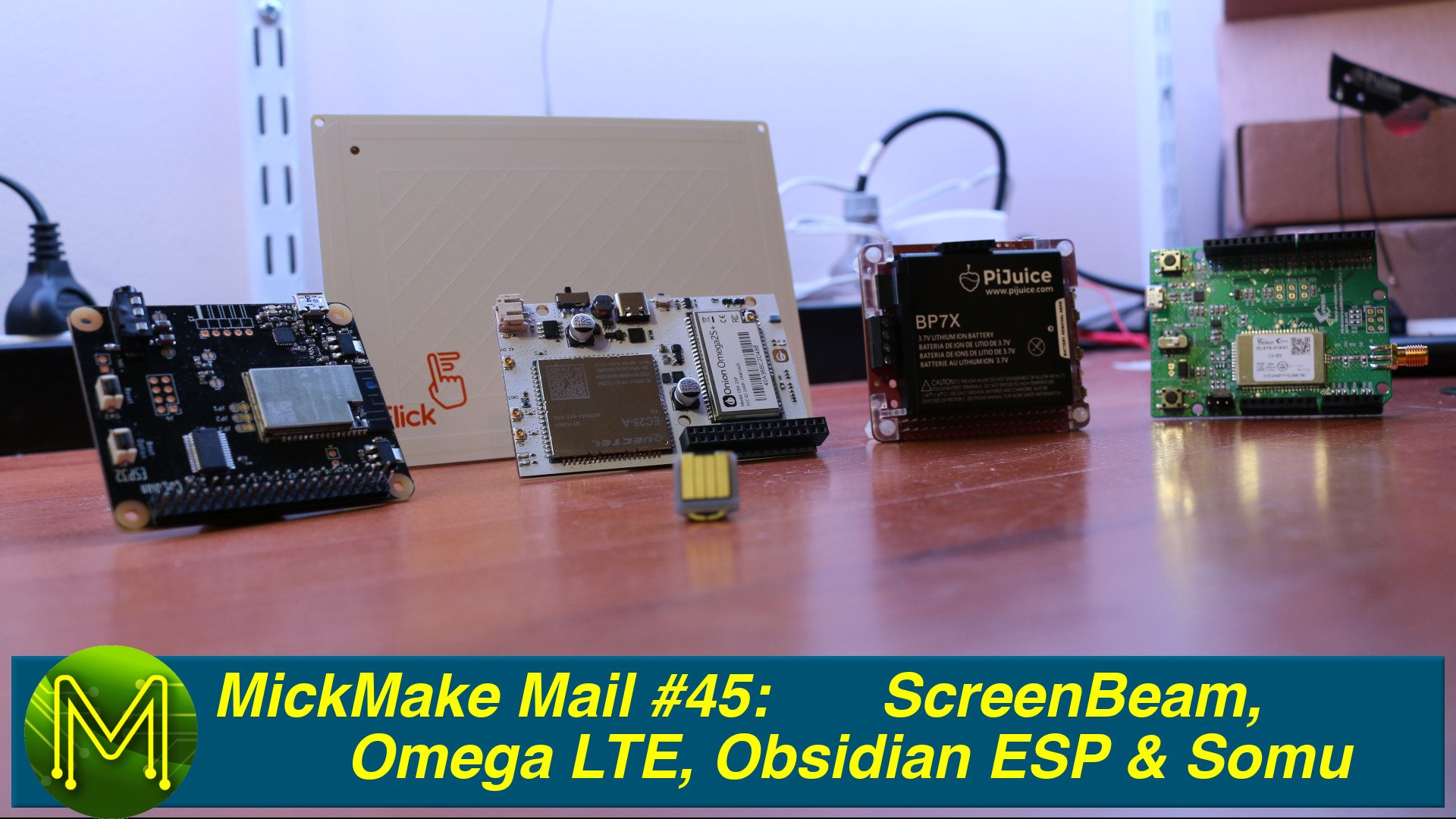 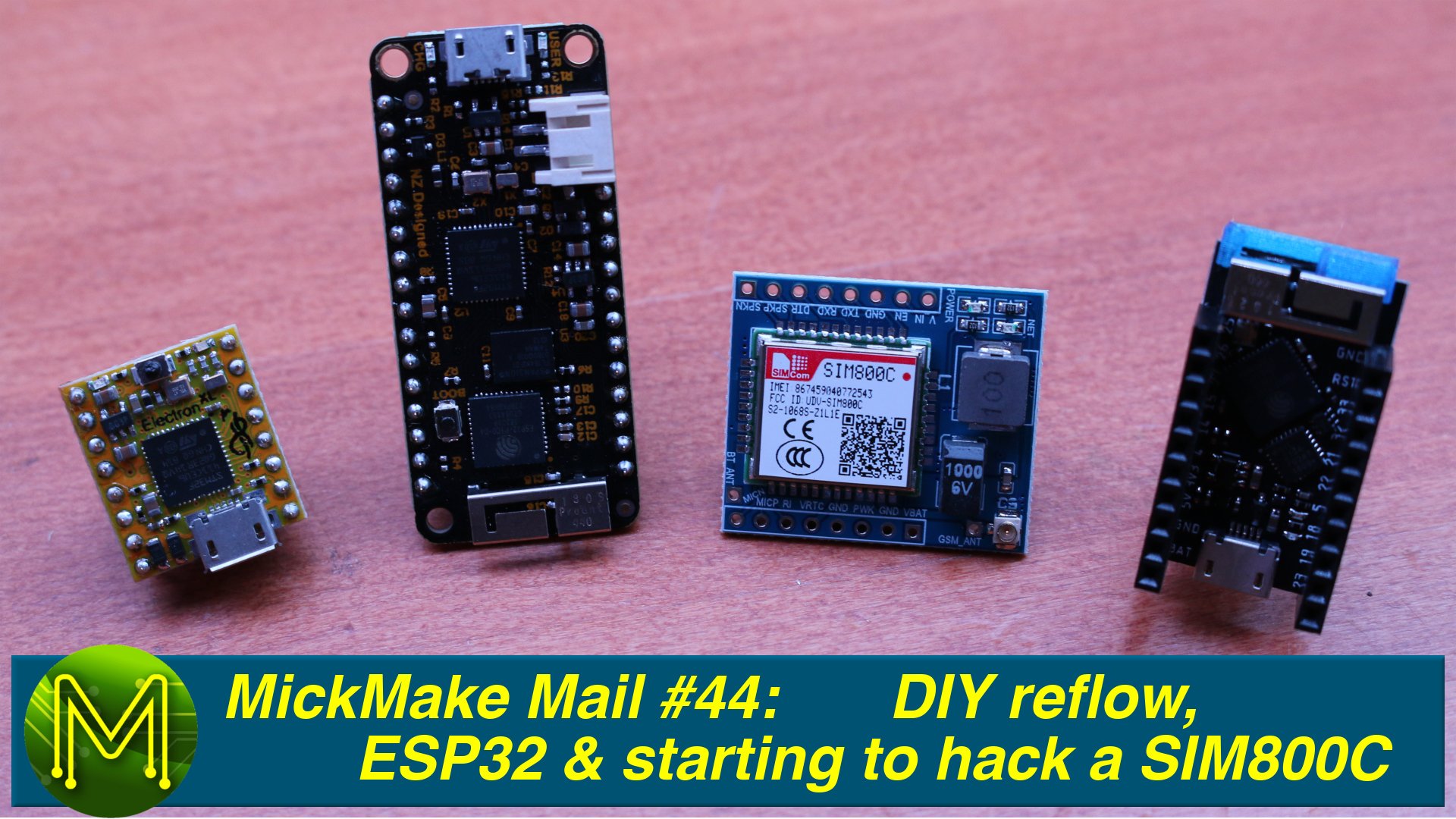 A couple of mates I've picked up along the way. Check them out!